When a series of animal bodies that rot away after a single night begin appearing in a remote mountain village, Inugami, a detective from Tokyo who specializes in the occult, is called to investigate.

While working the case, he befriends a strange boy who works in the field every day instead of going to school. Shunned by his peers and nicknamed "Dorotabo" after a yokai that lives in the mud, he helps Inugami uncover the truth behind the killings - but supernatural forces are at work, and while Dorotabo is just a nickname, it might not be the only thing about the boy that isn't human. 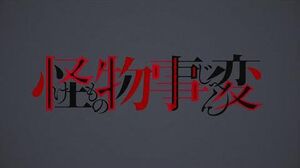 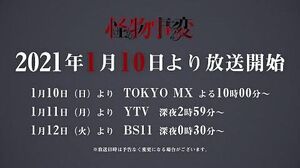 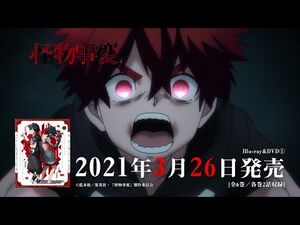 About the Animated TV series
It's always been a dream of mine to make an anime, but I never dreamed that I would be able to do it with such an amazing lineup, and I'm so happy. Thank you so much to everyone who has supported me so far. This will be the middle of the original story, but I hope it will be very popular and there will be a lot of anime to follow! I'll do my best to make the original work as good as the anime. We look forward to working with you both!

For fans who are looking forward to the TV anime
Director Fujimori was very loving and understanding of Kabane and her friends, and I feel that he was able to make this work more widely available to many people. The script that was reorganized for the anime was done at a very good pace, keeping the main points of the original work intact and filling in the gaps. I was also amazed at the appeal of the way the characters had their voices inhabited. The movement, color, voice, and music combine to amplify the coolness and loveliness of Kabane and her friends many times over. I'm so much in charge that I'm worried I'm going to get depressed (laughs). Fans of the original, stay tuned! Please enjoy!

What I am particular about in the production
We believe that the emotions of the characters depicted in the original work of the Monster Incident are very deep and realistic. I paid close attention to the flow of the film and asked the production and drawing staff to pay particular attention to this part of the story. Also, action scenes with emotion are important. The work has been created with both realism and exhilaration, so please look forward to it.

For fans who are looking forward to the TV anime
Kabane and her friends move and talk in the beautiful background art with great depth, supported by the delicate and magnificent music. It is fun to listen to the strong voice actors interacting with each other, and I think this film will allow you to enjoy the fun of the story to the fullest. We hope you will watch it and immerse yourself in the world of Monster Incident.

What I am particular about in the production
It goes without saying, but the original work is interesting, so I tried to make a film version of the story without losing the fun of the original work. Personally, I'm looking forward to seeing how the cool action of the original work will be converted to film, and I was crying while writing the script for the episode with Oribe, so I'm hoping the tears will make it onto the film. I was happy to receive compliments from Aimoto-sensei every once in a while during the manuscript checking process.

For fans who are looking forward to the TV anime
I'd like to ask you to wait for your attention. It's a good episode of "Nekomata", isn't it? I'm a non-taku otaku myself, so I'm emotionally involved in the story. I like the fact that it's set in Kabukicho. Kabukicho. I'm not a fan. ...... No, I have no ulterior motive.

What I am particular about in the production
Each of the characters in Monster Incident has its own personality and a richness of expression that is very appealing. It's one of my favorite aspects of the original work, so I wanted to be able to show their expressions and reactions in a way that only animation can. This was my first time designing characters, so I was a bit nervous, but I tried to create a setting plan that would help the production go smoothly, and I'm glad to see it reflected in the film.

What are you focusing on when creating music?
Monsters that look like humans, but are incompatible with each other. We created various types of music based on the feelings and worldview of such monsters. The music ranges from a large scale orchestra leading up to the climax of the story, to the comedic atmosphere of daily life at the Injin Detective Agency, to a sense of horror... I was particularly conscious of the gap between the scenes of daily life and non-daily life. The sound of the musical instruments I used to characterize the raccoon dog is a gamelan (a Southeast Asian keyboard instrument), the fox dog is a santur (a Central Asian stringed instrument), the snow man is an ocarina, and the entire work is a quena (a South American flute), and so on. I hope you'll pay attention to these aspects as well.

For fans who are looking forward to the TV anime
Nice to meet you all, I'm Mori, the music composer. All the characters in "Kemono Jihen" are very unique and have their own drama. I'm a fan of Kon Kon-chan. And I like the gap between everyday life and battle! When I was composing the music, I enjoyed reading the original work and imagining the movements of the animation (laughs). I put a lot of care into each song, but I'm particularly enthusiastic about the climax of the song, so I'm looking forward to seeing it on the air. I hope you'll be able to see it on the air! Let's have some fun together!

About the Theme Song
We all live in solitude. We are all running in the pitch-black darkness of the animal kingdom. Beyond that, there is always a light of hope waiting for us. I put my heart into this song in the hope that you can feel a ray of light in the darkness just as Kabane is led to the Injin Detective Agency in the work.

For the fans who are looking forward to the TV anime
You can't help but feel the hot blood rush as you read it. A dark, cool, and yet hot dark fantasy that is like a blazing fire. The heat of the original work has been further heightened by the wonderful animation staff. Don't miss it!

About the Theme Song
I'm so grateful and happy to be working on the animated adaptation of "Monster Incident" with music! This time, I didn't aim to create an ED that cleanses or resets the mind after watching each episode, but rather to create an ED that leaves a tugging or craving in the mind that will fill your head with Kabane and her friends until the next week. I've done my best to pack the world of the piece into the lyrics! I hope you'll find the names of everyone in the Inugami Detective Agency and the phrases they sing about, hidden in places in full size, and become more immersed in the world of the work. I asked Yuki Honda of Arte Refact, who I trust immensely, to tag along with the songwriting and arrangement. I put all my heart and soul into this song, and I hope that my feelings will reach you all...!

Retrieved from "https://kemonojihen.fandom.com/wiki/Kemono_Jihen_(Anime)?oldid=3055"
Community content is available under CC-BY-SA unless otherwise noted.